Muffy is one of our three pups from Zea and Midir.  She has followed in her mom's footsteps and has become an agility dog and quickly surpassed Zea at trials.  She is presently working towards her Masters Agility titles in both Standard and Jumpers.  She jumps at the preferred height of 16" as her flocks would probably knock bars at the regular height she would jump of 20" (her official AKC measured height at her shoulder is 21").  She is very precise and focussed but not fast so a PACH is probably not in our future.  She is a lot of fun to run.

In 2021 we decided to do some conformation dog showing.  We wanted to get more structurally correct Bergamascos into the show ring.  Muffy wasn't sure at first what exactly I wanted from her, were we going at a gallop like in agility? No?  You want me to trot?  Really?  And why is that stranger looking at my teeth and eyes and putting their hands all over me?  But she got used to it fairly quickly and decided she liked the attention!  In less than a year and showing infrequently she earned her Championship.  A good friend said, "A well balanced dog has titles before and after their name."  CH Spellbound's Minerva MXP2 MJP. 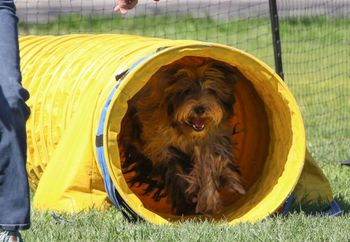 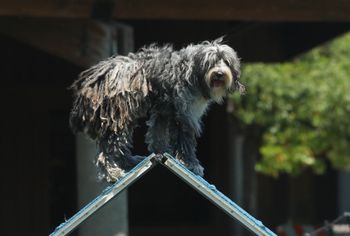 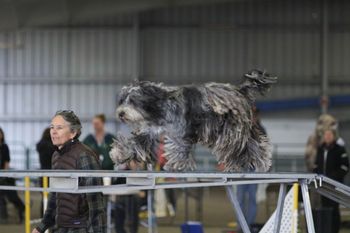 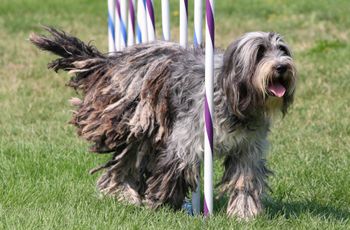 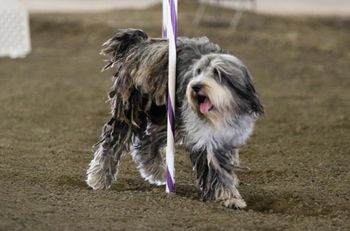 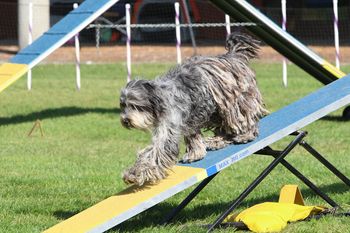 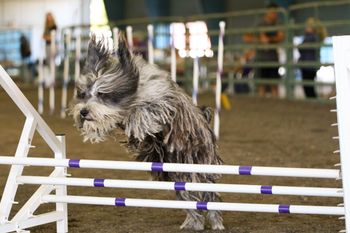 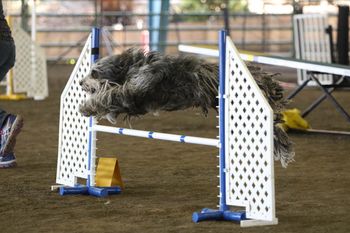 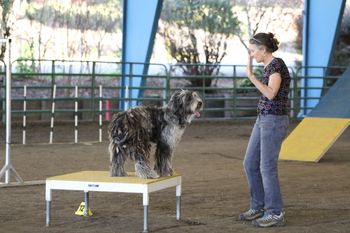